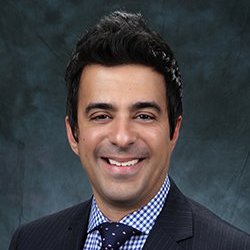 Dr. Mark Decerbo received his Doctor of Pharmacy (Pharm.D.) degree from Northeastern University in Boston, Massachusetts and completed his PGY-1 pharmacy practice residency at Duke University Medical Center in Durham, North Carolina. A two-time Teacher of the Year at Roseman University, his clinical practice site is based at University Medical Center of Southern Nevada, where he rounds with the internal medicine service as a Clinical Associate Professor of Medicine with the University of Nevada School of Medicine. Also appointed as an Adjunct Assistant Professor of Pharmacology at Touro University Nevada in the College of Osteopathic Medicine and the School of Physician Assistant Studies, he is double Board-Certified, credentialed by the Board of Pharmaceutical Specialties (BPS) as both a Board Certified Pharmacotherapy Specialist (BCPS) and Board Certified Nutrition Support Pharmacist (BCNSP).

Locally, Decerbo is currently in his second-term as Chair of the 8-member Nevada Medicaid Pharmacy & Therapeutics Committee (Silver State Scripts Board), and previously served on the Nevada State Board of Pharmacy Hospital Regulation Workgroup. Co-advisor to Student Alliance (APhA-ASP/SSHP/Nevada Pharmacy Alliance), the largest student-pharmacist professional organization at Roseman, he has been the recipient of over $40,000 in grant funding for the group’s provision of free blood glucose & blood cholesterol screenings, medication counseling, and immunizations in underserved populations throughout Southern Nevada. He also serves as an expert witness in criminal proceedings for the Clark County District Attorney’s Office, as well as for private counsel in civil/medical malpractice cases. For his contributions to pharmacy in the State, he was honored as the 2017 recipient of the American Pharmacists Association Bowl of Hygeia Award in Nevada, was Nevada Business Magazine’s 2016 Healthcare Hero (Educator) awardee, and was featured in the Distinguished Men In Nevada (Education) publication.

Nationally, he currently serves as the APhA-APRS Clinical Sciences Chair, and is a judge for ASHP’s National Clinical Skills Competition. As Roseman University’s Delegate to the United States Pharmacopeial (USP) Convention, Decerbo is both a current member and past Vice-Chair of the USP Healthcare Safety & Quality Expert Committee. He also extensively served for 15 years with the National Association of Boards of Pharmacy (NABP), the governing body which creates and oversees the national standardized exam (NAPLEX) for licensure of pharmacists throughout the United States. As a past member of the NABP NAPLEX Review Committee (NRC) and NABP’s Advisory Committee on Examinations (ACE), overseeing all examinations in NABP’s portfolio. For his National pharmacy work, Decerbo was selected as a Pharmacy Times 2015 NextGeneration Pharmacist™ finalist.

Internationally, in conjunction with the Indian Association of Colleges of Pharmacy, Dr. Decerbo is a frequent guest lecturer and invited platform presenter at Colleges of Pharmacy and professional organizations throughout India, having given numerous presentations as the country has introduced the Pharm.D. degree.

2018, 2020 Teacher of the Year
College of Pharmacy
Roseman University

Decerbo M. Malnutrition in the Hospital- the Pharmacist’s Role in Prevention and Treatment; Pharmacy Practice News

“Expanding the Role of the Pharm.D. in India”
Invited Symposium
3rd Convention of the Indian Association of Colleges of Pharmacy
Indian Congress of Pharmacy Practice