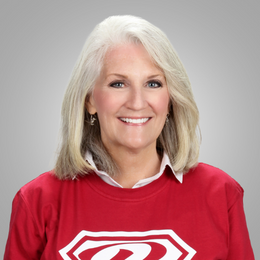 Dr. Renee Coffman is president and co-founder of the Nevada College of Pharmacy, now Roseman University of Health Sciences. She previous served as the University’s Executive Vice President for Quality Assurance and Intercampus Consistency and the Dean of its College of Pharmacy. Prior to establishing Roseman University, Dr. Coffman was a founding member of the pharmacy faculty at Western University of Health Sciences, where she also held the position of Facilitative Officer for Student Services. While at Western, Dr. Coffman and four colleagues received Honorable Mention for the AACP Innovations in Teaching Awards.

A licensed pharmacist in the state of Nevada, Dr. Coffman earned a Pharmacy degree from Ohio Northern University in 1987 and following graduation worked as a pharmacist in her hometown of Bucyrus, Ohio and in Piqua, Ohio. In 1995, Dr. Coffman earned a doctoral degree in Industrial and Physical Pharmacy from Purdue University, where she received the Kienle Award for Excellence in Teaching, the Jenkins-Knevel Award for Outstanding Graduate Research, and was awarded an AAPE-AFPE Association Fellowship in Pharmaceutical Sciences.

Dr. Coffman is a member of the American Association of Colleges of Pharmacy, American Pharmaceutical Association, American Association of Pharmaceutical Scientists, The American Society of Health System Pharmacists, and the International Federation of Pharmacy, as well as Phi Kappa Phi and Rho Chi Honor Societies and the Phi Lambda Sigma Pharmacy Leadership Society.
Dr. Coffman has worked to support pharmacy, education, and improved health care through her work with the Southern Nevada Medical Industry Coalition, iDO (Improving Diabetes and Obesity in Southern Nevada), the Nevada State Board of Pharmacy Medication Error Discussion Group, and the Nevada State Board of Pharmacy Committee on Standards for Approval of Pharmacy Technician Training Programs.

Currently, Dr. Coffman serves on the Board of Directors of the Henderson Chamber of Commerce and Las Vegas HEALS, a coalition of medical and wellness industry professionals, organizations and institutions devoted to improving the access and delivery of healthcare in Southern Nevada.
In recognition of her community service in Southern Nevada, in 2008 she received the “Who’s Who in Healthcare” Award and the “Women of Distinction” Award, both sponsored by In Business Las Vegas, now VEGAS INC. In 2017, the publication recognized Dr. Coffman as one of 12 “Women to Watch” in business. In 2012, she was named a “Distinguished Alumnus” by Ohio Northern University. Additionally, Dr. Coffman was instrumental in successful legislative efforts permitting pharmacists to perform finger-stick blood glucose testing.